"This gem of a photo book from collaborative duo Michelle Dizon and Việt Lê, which deserves much wider recognition in light of its poetry, playfulness, acuity and, most crucially, decolonising strategies. Intellectually energetic, White Gaze repurposes imagery from National Geographic to confront notions of white privilege and Western-centrism by reworking and negating image and text from the publication’s original pages. Countless uncomfortable truths hidden at the bottom of every lie, every act of denial or white complicity, come to bear through the interplay of the two languages, critiquing how meaning is constructed to administer imperialist narratives and racist histories. ---Tim Clark, Editor-in-Chief, 1000 Words Magazine

Excerpt: "Whiteness, which in this instance takes the form of monstrously bearing witness to from a position of safety, is reflected in a system of class dominance maintained by a violent, colonial prison state more commonly referred to as the USA. Cameras and guns conflate to form a single technological and militaristic entity that protects the hegemony of white power at all costs. Whiteness – which desires to track violence outside itself – is ignorant to the fact that the real source of violence lies within its own house. Whiteness, it might be said, is the root, the provenance and the source of social barbarity from itsinvention in the early 17th century to its present-day murrain. As Richard Seymour notes in his essay on Salvage, ‘whiteness is a plague."

Wong, Diana. “My Secret Life” Episode 7 Sample Space podcast.  Description: “From pursuing big Hollywood dreams to joining secret societies; this week, stories about the secret lives of our youth: revealing what trouble we got into, what crazy convictions we held, and what truths we convinced ourselves of when it came to identity, love, sex, and running away from home." 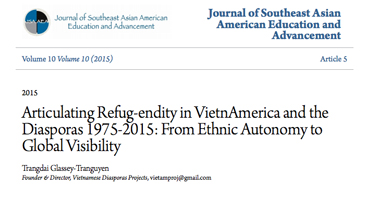 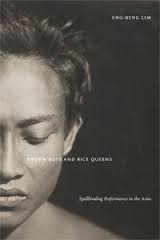 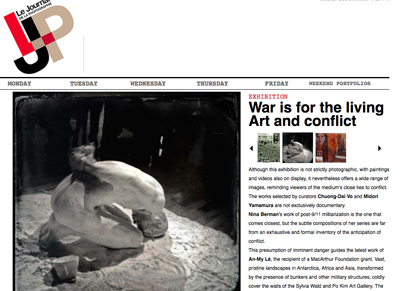 de Holl, Nancy. “What People from Vietnam are Really Like.” The UCLA 2001 Wight
Biennial catalogue.